In April 1951 a dozen like-minded young couples united to create a center for Orthodox Judaism in Great Neck. With little more than a minyan, the first services of the Great Neck Synagogue were held on Passover on the second floor above the Squire Movie Theater. Herman Wouk davened Shacharit and George Weinstein- the first President of the GNS- davened Musaf. In May 1951, the Union of Orthodox Jewish Congregations granted its charter certificate to GNS. Yeshiva University, through Dr. Samuel Belkin z”tl, encouraged one of its brilliant young graduates, Rabbi Moses D. Tendler, to intern and lead the congregation for one year. (He was followed by Rabbi Murray Lustig in 1952 and Rabbi Carol Klein in 1953.) For Rosh Hashanah and Yom Kippur the “overflow” congregation prayed at the Veteran’s Memorial Hall (Quonset Hut) on Great Neck Rd. which has long since been replaced by an office building.

In September 1952, the founders purchased a grey wooden house on a magnificent one and a half acre site on “synagogue row” at 26 Old Mill Road. Dues were set at $50 a year, the tuition for Hebrew School at $12 per pupil. The grey wooden house became the first Orthodox synagogue in Great Neck. The living room offered “mechitza” seating and upstairs, bedrooms were converted to classrooms for the Hebrew School. Just a year later, the same house broadened its scope to include a nursery school for what was to precede the North Shore Hebrew Academy. The kitchen and basement adequately handled Kiddush, lunches, refreshments after meetings and festive Chanukah and Purim parties. All members fulfilled staff functions, varying from caretaker to carpenter to volunteer “chefs” and each one took pride in providing their individual skills.

In January 1953, Solomon S. Goldwyn z”l, moved to Great Neck, joined GNS and became Chairman of the Construction and Campaign Committee. Sol came with the vision to build an orthodox community that would have a Yeshiva Day School and Mikvah.  In 1954, ground breaking for the first GN Synagogue building and the North Shore Hebrew Academy classrooms began. The NSHA was started by the GNS as the 1st Orthodox Day School on the North Shore of Long Island. In 1955 the first sanctuary and the school building was completed.

In September 1955, the Synagogue celebrated a gala weekend dedication of the new sanctuary (the present gym) and adjoining classrooms (now the synagogue offices, youth lounge and Beit Midrash — the present Weinstein Torah and Technology Center, named after the first president George Weinstein). At the dedication dinner, Cantor Jacob Koussevitzky led the Shabbat services and Dr. Samuel Belkin, z”tl, president of Yeshiva University, was the guest speaker.

In 1956, a young Rabbi from Wilkes-Barre, Rabbi Dr. Ephraim Wolf, was hired as the Rabbi of the Synagogue and to serve as Headmaster of the NSHA and Hebrew School as well. Under Rabbi Wolf’s leadership the congregation’s membership grew and the Great Neck Synagogue attained new stature in the community. Few would disagree that Rabbi Dr. Ephraim Wolf, z”tl, exceeded the expectations of the growing community.

In 1960, Cantor Eleazer Schulman, z”tl, accepted the invitation to be Chazan of the Great Neck Synagogue, a role to which he gave notably of his unique talent.

In 1961, a more ambitious plan for the shul’s expansion began with the purchase of Dr. Schwartz’s four acre adjacent property. This property was used to build our current main building which contains the sanctuary, catering hall, mikvah, and the two-story school building which currently houses the North Shore Hebrew Academy Middle School. This expansion was due to the vision and determined leadership of Sol Goldwyn as president for 10 years of the GNS and NSHA. It is altogether fitting that the main sanctuary is dedicated in his name, an everlasting tribute to his years of dedication and immortal spirit.

The new facility was dedicated in 1967, with the laying of the cornerstone. Inspired by Jacob’s dream it reads: “And this Stone shall be a pillar for God’s house 5727″. Tragically, Sol Goldwyn passed away before his dream could be realized. Mac Mender assumed the mantle of leadership. The new complex enabled the Great Neck Synagogue, North Shore Hebrew Academy and the Mikvah to offer the community a totally modern facility in which to further expand and grow. The physical part of the dream had been realized.

Always concerned with the future of Judaism, Mac Mender expanded his fund-raising to include an intensive campaign for youth activities. In recognition of his successful efforts, at the Annual Dinner in December 1970, where the Menders were guests of honor, the auditorium/gymnasium was officially dedicated as the “Mac and Billie Mender Youth Center”.

The facility and spirit which resulted from the hard work and efforts of our founding families, continued to live up to its potential. The synagogue was filled with activity, youth programs, adult education, social opportunity, tzedakah, community activism and above all spiritual growth. The synagogue set the stage for the dynamic growth of Great Neck as an Orthodox community.

In 1988, with the elevation of Rabbi Wolf to Rabbi Emeritus, Great Neck Synagogue began the search for a new, young, energetic Rabbi who would build on the accomplishments already in place. They found those qualifications in Rabbi Dale Polakoff, barely 30 years old at the time of his election as Rabbi. A series of classes and shiurim were instituted, designed to broaden the Jewish education of Great Neck Synagogue members as well as social programs with young couple’s activities.

Recognizing the importance of a dynamic youth program, Rabbi Shalom Jenson was brought on board in 1991, as the pied piper of GNS youth where he led the ruach and dancing at communal celebrations. In 1994, Rabbi Steven Moskowitz joined the youth program as high school director, and these two dynamic rabbis created a youth program that continues to be the envy of orthodox synagogues across the country.

In order to accommodate the growth of the GNS membership, a less formal and more participatory minyan was formed, meeting in the basement of the North Shore Hebrew Academy wing. In 1996, the construction of the Ebrahimian Beit Midrash (now occupying the space of a former inner courtyard and playground) provided a new home for this growing minyan. The addition of Rabbi Shalom Axelrod as Assistant Rabbi in 2001 sparked an even more dynamic growth in this minyan and among the younger members.

In 2001, Mark Twersky was hired as Executive Director and the GNS celebrated its 50th anniversary with a year of new chesed programs, a torah dedication and an anniversary Shabbat lunch. To accommodate a growing congregation and youth population we also ushered in the “Building for the Future Campaign.” The Muriel Braun Youth Center extended the Philip Steinberg Youth Lounge and provided an appropriate space for our “out of room” youth program, as well as for the Aaron S. Feinerman Library. The Old Mill Road entrance to the Main Shul was rebuilt, adding the Lorraine and Harold Domnitch Lobby and opening up additional space in our adjoining ballroom lobby.

The parking lot entrance was designed with the addition of the Dr. Joseph Shein Lobby housing the coat room, catering offices and newly refurbished Korman Sisterhood Gift Shop, as well as the Emma Werber Holocaust Memorial Lobby. An area outside this entrance was designed as the Hercman Family Playground. On the other side of the building, the Chalfin Kiddush Room, the Wolf Board Room and the Helene M. Fink Sukkah were added.

In 2009, the Synagogue began the search process for a new assistant Rabbi. Rabbi Ian Lichter was invited to join our rabbinic team and added his warmth, passion and erudition to help service our still growing congregational family. That year also evidenced the growing shul population with the establishment of a full-time Shabbat Hashkama minyan in the basement of the North Shore Hebrew Academy wing.

Our 60th anniversary was marked in 2011-2012 with an outstanding program of educational, chesed and social opportunities for our membership. A series of Friday night dinners was instituted to provide our members with an opportunity to come together. Renowned speakers were invited to address the congregation on Shabbat, and exciting cultural programs were begun – all in addition to the ongoing shiurim and classes provided by the Synagogue. In order to manage and expand upon these programs, Rabbi Avraham Bronstein was engaged as our part time Program Director. Also in 2012, in response to a growing youth department, Dr. Michael and Zehava Atlas joined our Youth Director team.

In 2013 a directed grant from David and Ellie Werber allowed the hiring of the first Yoetzet Halacha on the North Shore of Long Island. Dena Block, an expert in the Laws of Taharat HaMishpacha, and certified by the Golda Koschitzky Center of Nishmat.

As the administrative responsibilities of our synagogue grew, Jim Frisch, a longtime member of the shul, joined Mark Twersky as Assistant Executive Director.

We invite you to become part of our family and to play your part in the history, the tradition and the dynamic growth of our GNS community. 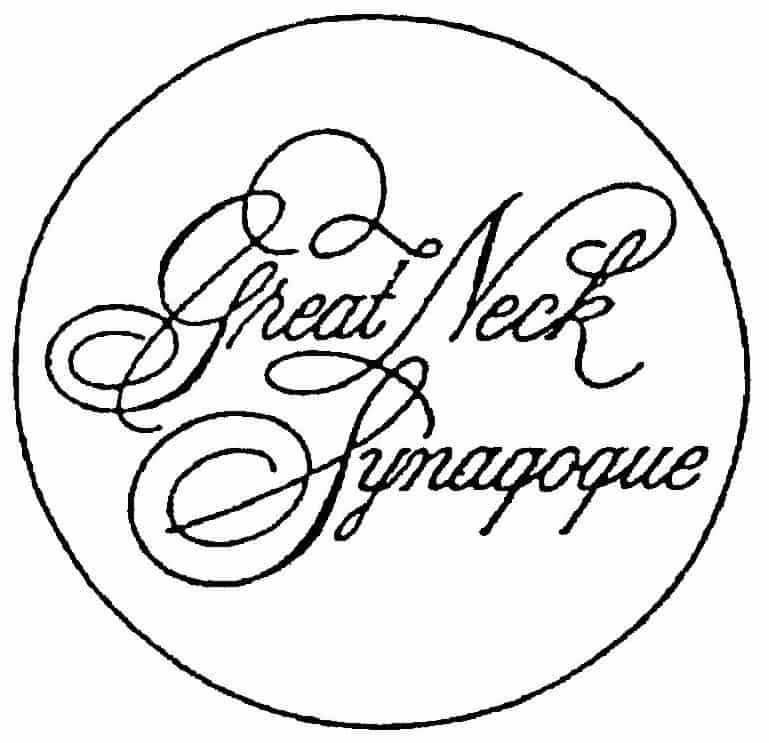